With the Homecoming update on September 6th 2017 the Communities feature was added to expand on WildStar's housing system.

In order to create or join a Community players must certain critirea, these are as follows:

To create a Community:

To join an existing Community

Communities can be created by interacting with the Protostar Community Director. The Director can be found at the entrance of the Protostar Housing Initiative in both Thayd and Illium, 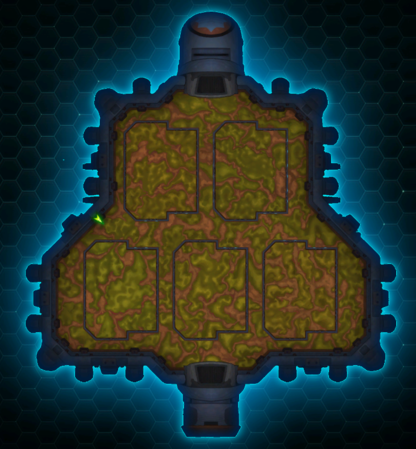 Communites are considered social features and function in a similar fashion to guilds.

The Community skyplot is a massive plot of land in which five actual character plots can be placed. Each plot is marked by distinct borders on the skyplot. It is however possible to build over the edges of the borders to some extend to create smooth transitions.

Communties can have as many as 20 members but only 5 member plots can be placed on the Community skyplot at a given time. Members who do not own a slot on Community skyplot retain access to their personal skyplots.

It is possible to invite alt characters to a Community allowing players to fill up an entire Community with their own characters. Invites send to an alt on the same account will automatically be accepted as long as the alt meets the requirements for joining a Community.

Similar to guilds a Community has its own Ranks and Permissions. By default there are three ranks, Leader, Council and Member. It is possible to rename exisiting ranks and create new ranks as needed. Each rank also has its own permissions detailing what a member with a certain rank is or isn't allowed to do.

An overview of available permissions can be found below.

There are also several actions relating to Communities that do not require permissions set in the Community. These are as follows:

The maximum amount of decor that can be placed on a Community depends, in large part, on the characters who have a slot on the Community.

The Community itself has its own crate with 5000 storage capacity, up to 4000 decor from the crate can be placed in the shared area between the character plots. The player plots present on a Community retain their own decor limits (upgradeable by Store purchases) and vary from 500 inside and another 500 outside up to 2500 inside and another 2500 outside. In total the exterior decor count for a Community can be as high as 16.500 decor. The Community itself has no interior and as a result the amount of decor which can be placed in the interiors depends on what the players involved have unlocked as their own decor limits. Collectively the interior decor counts can, theoretically, be up to 12.500 decor. This brings the absolute maximum of possibly placeable decor for a Community to 29.000 decor.

The Community's shared area has its own crate with a storage of 5000. Players can add decor to this crate in two ways.

In order to visit a Community players can use the list of Public Plots. This list is available at the top of the screen to the left of a Housing plot / Community's name.

There are 5 exit teleporters and 5 renown vendors located throughout each Community. These are located at the landing pads ascociated with the slots in which a player's plot can be placed. Note that the landing pads are also available if none of slots are in use .

Contrary to individual plots the housing plots placed on a Community do not have individual Holo-Crypts. Instead there is a single Holo-Crypt located on the  Community’s landing pad which serves as the Resurrection point for the entire Community.